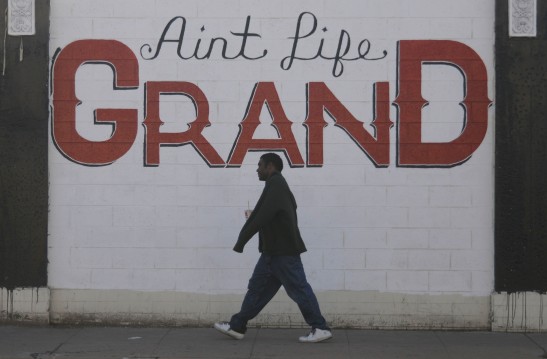 A man walks by a mural on the outside wall of art gallery Legend City Studios along Van Buren Street near Grand Avenue on Wednesday, Oct. 6. The art gallery has several murals painted on its walls by different artists downtown.

People skate outside on the temporary ice rink on Central Avenue between Washington and Jefferson streets on Sunday, Dec. 1. The rink opened on Nov. 24, the same day as the Christmas tree lighting, and will close Jan. 5. 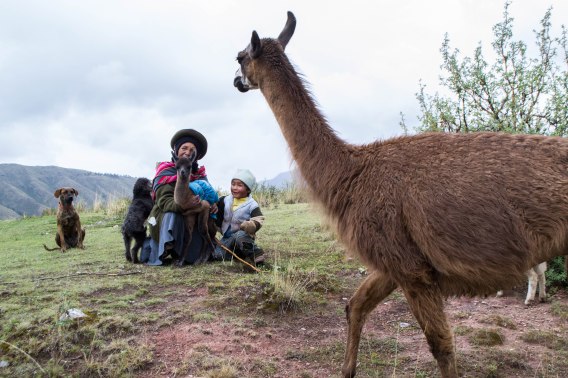 A llama walks in front of a herding family as they pose for a portrait in the mountains of Peru near Cusco.

Adrian Fontes, 43, plays a guitar while sitting on the porch of his store, Bodega 420, on Roosevelt and Fifth streets on Wednesday, Nov. 27. Fontes owns a store, practices law and is running for the District 24 House of Representatives seat in the 2014 election. 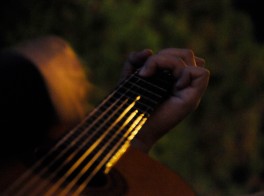 Adrian Fontes, 43, strums and sing various latin and rock songs on the porch of his store Bodega 420 on Roosevelt and Fifth streets on Wednesday, Nov. 27. Fontes plays on his porch every Wednesday, occasionally with other musicians. 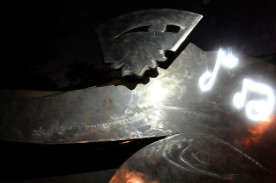 A photo illustration of a singing statue manipulated with the light from a phone.

The guard marches from Buckingham Palace in celebration of the queen’s birthday in 2014.

The sun sets behind the San Xavier Del Bac church in southern Arizona. The mission was founded by Fr. Eusebio Kino in 1692.

Arizona State University player Bree Bailey spikes the ball through the hands of University of Utah players (left to right) Chesley Schofield and Morgan Odale in the first game. The Sun Devils won the first game but lost the next three for a Utah win of 3-1. (Photo by Danika Worthington)

Richard Worthington skips rocks across a glacier lake in Peru during a hiking trip through the Andes.

A woman stands in a doorway located in the Incan city of Machu Picchu. The city was hidden from most of the world until the American historian Hiram Bingham stumbled upon it in 1911.
Widgets